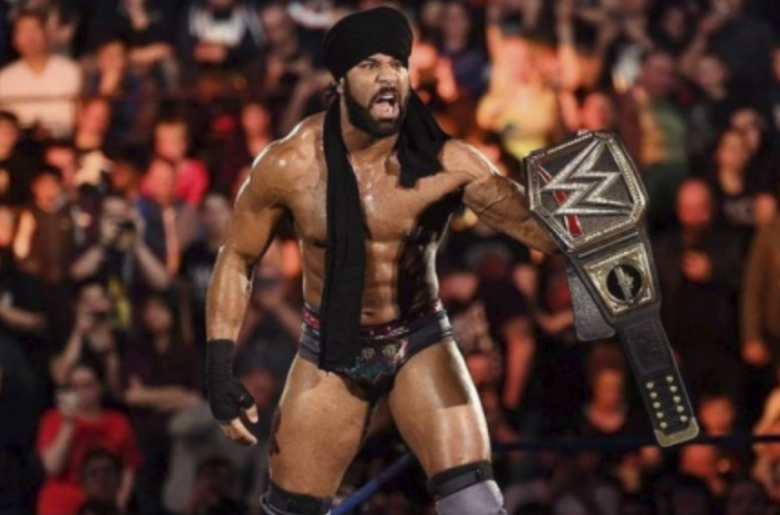 From an unknown wrestler, Jinder Mahal was raised to the superstar status of the WWE company thanks to the spectacular makeover in just a short time.

Jinder Mahal is an Indian wrestler. He has been working for WWE (World Wrestling Entertainment) since 2010. With unattractive appearance, the wrestler born in 1986 did not attract much attention from the audience.

Jinder’s career made headway in 2012, when he was categorized as “3MB”. This is a team of 3 members tasked with comedy for the audience. Even when given the chance, the Indian wrestler was still lackluster in front of his two companions Heath Slater and Drew McIntyre. Jinder was terminated by WWE in 2014 because of a lack of standing at the company.

In 2016, Jinder was recruited by WWE again from ROW. After only a few months returning to work for the world’s largest wrestling company, the body of the 34-year-old wrestler changes abnormally. From a wrestler with ordinary appearance, Jinder suddenly possesses a muscular body with masculine tendons running all over the body.

Before Jinder’s rapid makeover, fans and experts all thought that this wrestler used steroids (banned muscle growth). The Indian-born star has repeatedly denied, and said he owns a muscular body now thanks to a combination of scientific nutrition training. “Let people be jealous. I just know that I’m fine,” Jinder said.

With an impressive appearance, Jinder was immediately upgraded to the face of the company by the WWE scripting team. In May 2017, Jinder played a bad guy who defeated superstar Randy Orton, thus becoming the first Indian wrestler in the history of winning the WWE championship. The star born in 1986 retained the title for 170 days, before losing it to AJ Styles.

The wrestler’s muscular growth has coincided with WWE’s plans to access the Indian market. During the time Jinder won the title, WWE held its first show in India called Super Showdown. Experts say the American wrestling company tolerated the wrestler to use banned substances, then turned him into a money-making tool in the world’s second most populous country.

In addition to the WWE title, Jinder won the US championship in 2018. The shows are held when the wrestler is gradually forgotten. Currently, Jinder still works for WWE but is not interested in script writing team.