Explore India through many famous temples of this country (Part 1) 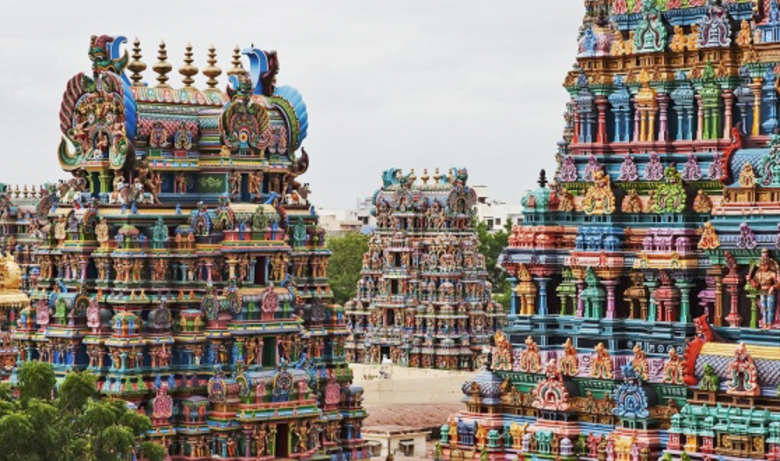 Known as the home of great religions, in addition to its simple natural beauty and magnificent palaces, India also attracts a large number of tourists who buy flights to India. India is a country where international tourists will admire the majestic grandeur of these sacred temples.

Built from 1632 to 1653, the Taj Mahal is considered one of the seven famous man-made wonders in the world, as well as a famous tourist symbol of this country.

The temple located in the city of Agra is a combination of the Western and Islamic styles of the Agra fortress or Fatehpur Sikri citadel. In 1983, the temple was recognized by UNESCO as a World Heritage Site.

Located in New Delhi, Swaminarayan Akshardham is known as one of the largest Hindu temples in the world. A unique work bearing the imprint of the culture and history of the country of India.

Here you will be overwhelmed with a large exhibition complex of ancient Indian architecture and traditions through its architecture, galleries, gardens, water music, and a ship.

Talking about the sacred and famous temples in India, it is impossible to ignore the name Meenakshi Amman. This is one of the most important temples of India, located in the holy city of Madurai.

Built in the early 17th century, Meenakshi Amman is dedicated to Sundareswar (mother of God Shiva) and Meenakshi (mother of Goddess Parvati). The highlight of that temple is the 14 magnificent towers including both Gopurams for the main gods, elaborately sculpted and painted.

Located in the city of Thanjavur, in the state of Tamil Nadu, Brihadeeswarar temple was built by King Rajaraja Chola I in the 11th century. Upon completion, the work is recognized as the first granite temple in the world.

Coming here, you will feel every breath of the Hindu architectural style, including intricately carved walls, eye-catching patterns, and harmonious color combinations. Especially with a height of 66 meters, Brihadeeswarar is one of the tallest temples in the world.