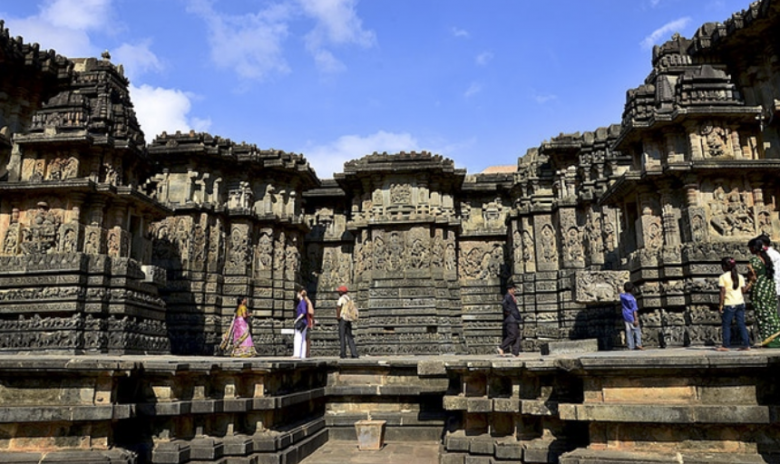 Krishna Temple is a famous Vaishnav temple in New Delhi in particular and India in general. It is known that the Vaishnav lineage is a major Hindu lineage and this is one of the largest temples in India.

In addition to admiring the splendid beauty of the temple, visitors also learn more about the main lineages of Hinduism.

Sri Ranganathaswamy Temple is a place dedicated to God Ranganatha (incarnation of god Vishnu), located on the southern island of Srirangam. Every year the temple welcomes millions of visitors to visit and pilgrimage. Possessing an area of ​​156 acres, the Sri Ranaganathaswamy Temple is one of the largest religious areas in the world.

The project just opened to welcome guests in 1986, but thanks to its unique design and unique shape, Lotus Temple is always one of the destinations placed in the itinerary of tourists when coming to India.

Especially, this is also widely recognized as a masterpiece of the 20th century in 2000. Not only that, the temple received the GlobArt Academy award for its efforts to promote unity and harmony between people. diversity in ethnicity, religion, and social status.

Hoysaleswara Temple has a main gate to the east, but the entrance for visitors is to the north. Under the Hoysala kings, there are more than 1,500 temples, about 100 works remaining.

Hoysaleswara Temple was built by King Vishnuvardhana Hoysaleswara from 1121 to 1160. The stone pillars in the temple look like products of modern mechanical machinery. Archaeologists have hypothesized that these pillars were made by lathes, but were unable to explain how.

The outer wall is made of greenstone, which is soft and easy to shape when first exploited. The smaller temple bull statue, these 2 pieces are the 6th and 7th largest among the monoliths in India, but very beautiful, sophisticated, and glossy.

The object on the right hand of the god Masana Bhairava in the relief makes visitors think of a mechanical machine with surrounding gears. However, there is no record to show that the Hoysala people used modern technology to build the temple. The drainage system of the temple is also very reasonable. 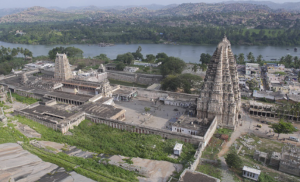