Iconic Attractions and Places to Visit in Delhi (Part 3) 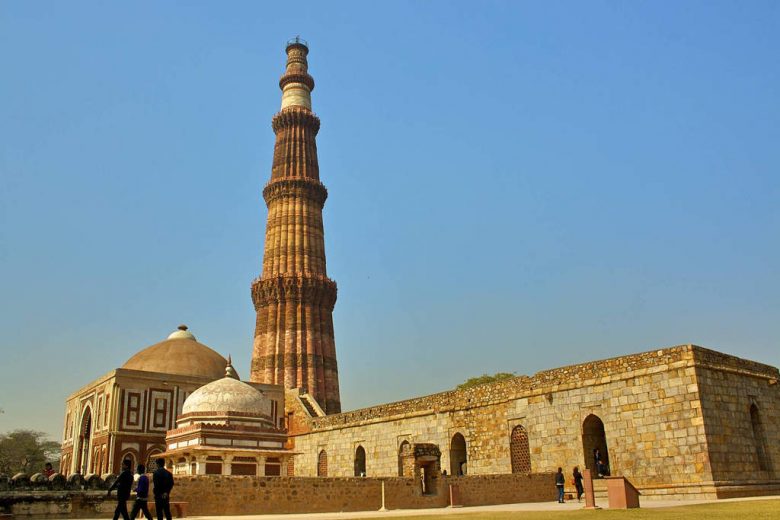 Lodhi Gardens offers a serene retreat from busy city life, and is the destination to visit if you’re feeling tired and exhausted. The vast Gardens were created by the British in 1936 surround the tombs of Indian rulers. This park attracts both joggers, yoga practitioners, and young couples to visit. It is located in  Lodhi Road, not far from Humayun’s Tomb. It opens to the public daily, free of charge, from sunrise until 8 p.m. Beware that Sundays are particularly busy.

Qutab Minar is the tallest brick minaret in the world which is an incredible work of early Indo–Islamic architecture which was built in 1193 due to mystery reasons. Some people believe that it was built to signify victory and marked the start of Muslim rulers in India, while others believe it was used to honor the faithful to prayer. The tower was built with five stories, each of them covered with intricate carvings and verses, featuring a number of historic monuments on the site. It is located in Mehrauli, south Delhi. The entry cost for foreigners is 500 rupees; for Indians is 30 rupees and free for children under 15 years. It opens daily from Sunrise until sunset.

A visit to Gandhi Smriti will let you know the exact place where Mahatma Gandhi, the Father of the Nation, was assassinated on January 30, 1948. He stayed in the house for 144 days until he dies. The room that he slept in, are kept exactly how it is, and the prayer ground where he organized a mass congregation every evening are opened to the public. Numerous photos, sculptures, paintings, and inscriptions are also on exhibition. Travellers can also visit his memorial at Raj Ghat which is situated at 5 Tees January Marg, central New Delhi. It opens to the public, free of charge, from 10 a.m. to 5 p.m. everyday except Mondays.