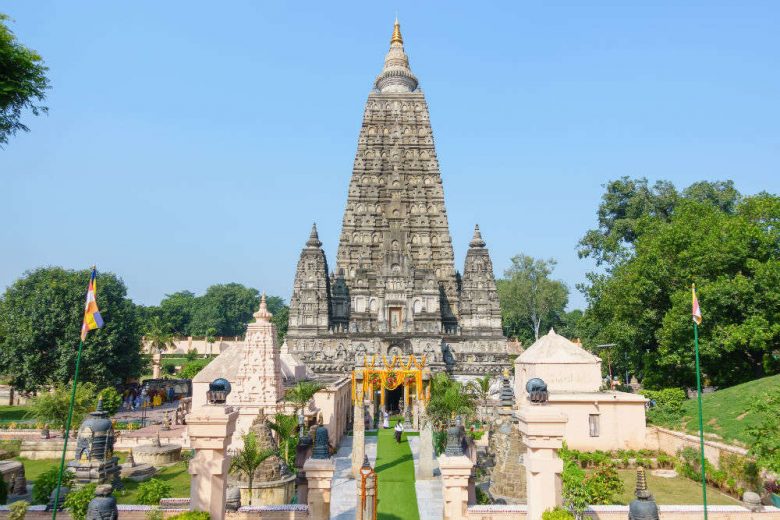 These monuments in Madhya Pradesh state are the fine denotations of the Chandela Dynasty that was built before the invasion of the Mughals. The sculptural beauty which boldly represents the sensuality is what makes these monuments a notable part of the history of India.

Covered over an area of 12 acres, the Mahabodhi Temple complex is a pilgrimage site of the Buddhists. Lord Buddha received enlightenment at this very spot and thus, it is exceptionally critical for the Buddhist religion.

Situated in the eastern state of Assam, the Kaziranga National Park was recognized as a world heritage site for its breathtaking natural environment. It is home to around two-thirds of the world’s Great One-horned Rhinoceroses.

Constructed during the Chola rule, the great living Chola temples of Thanjavur is the inspiration of the entire South-east Asia with their grandeur and spectacular designs and construction. These temples have been recognized as the pioneer of building art in south India.

As the unique representations of the Buddhist religion, 31 rock-cut caves have been recognized as the world heritage site in the state of Maharashtra. These magnificent Buddhist caves existed since the 2nd century BC.

The Mountain Railways of India consists of the Darjeeling-Himalayan Railway (West Bengal), the Kalka Shimla Railway (Himachal Pradesh), and the Nilgiri Mountain Railways (Tamil Nadu) which are an outstanding example of prodigal engineering skills. It used to solve the problem establishing a rail link in the hills.

The city – Fatehpur Sikri – was established during the glorious reign of the Mughals. It was the luxurious capital of the iconic Mughal Empire.

The architectural heritage of India is so outstanding that it is impossible to select a few. Everyone might have their own favorites!